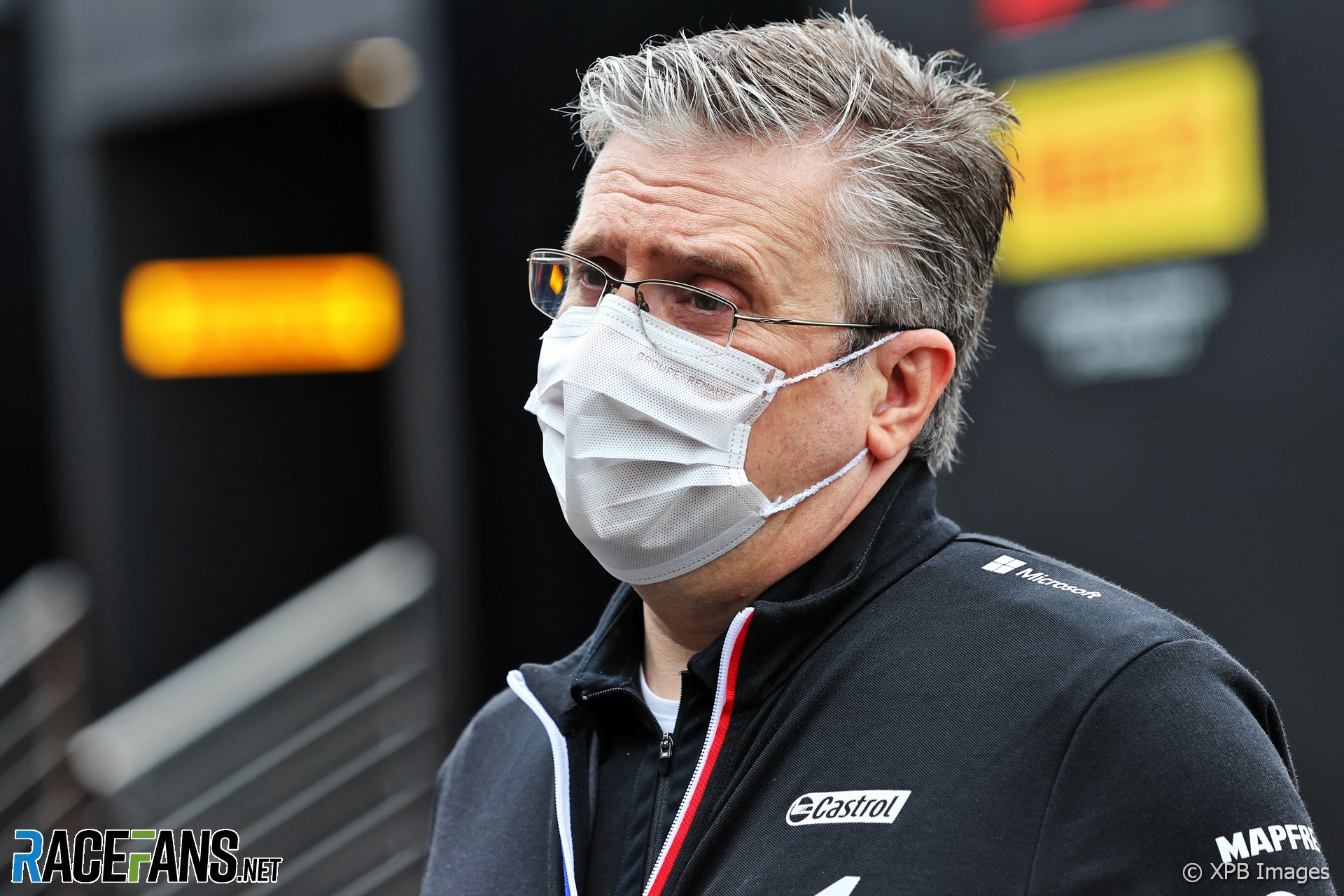 Alpine has announced two significant changes in its technical department ahead of the 2022 Formula 1 season.

Pat Fry, who was previously the chassis technical director, has been appointed as the team’s chief technical officer. The former McLaren and Ferrari designer will be responsible for the team’s long-term development strategy.

Matt Harman, who arrived at the team from Mercedes in 2018, has moved from the role of engineering director to technical director. Alpine expect his experience in power unit engineering will help the team optimise the trade-off between its chassis and motor. The Renault power unit is used exclusively by Alpine.

The changes to the team’s organisation began in November as part of its goal to become championship contenders within 100 races of the introduction of the Alpine brand at the beginning of 2021. Last month the team confirmed the departure of executive director Marcin Budkowski.

Alpine CEO Laurent Rossi said “we are considerably strengthening Alpine F1 Team by having Pat and Matt at the helm of Engineering in Enstone.

“Pat is one of the most experienced engineers in Formula 1, while Matt’s drive and expertise will prove critical in extracting the full potential of our race cars, thanks in particular to his unique expertise combining chassis and engine development.”