Fernando Alonso believes that if Haas' protest at the US Grand Prix of the Spaniard's Alpine isn't over-turned on Thursday by the FIA, the decision will not bode well for the future of F1.

Alonso lost his remarkable seventh-place finish in Austin when Haas lodged a post-race protest claiming the Spaniard's A522 had been driven in an "unsafe" state after it had lost a rear-view mirror.

The minor damage had been caused by Alonso's massive run-in in the race with Aston Martin's Lance Stroll. Haas contended that Alpine should have brought its car in for repairs, a view upheld by the stewards who hit Alonso with post-race 30-second time penalty that pushed him down to a lowly P14 in the event's final classification.

While Alpine noted that Alonso was never shown the black and orange flag that signals damage, it also pointed out that its A522 had passed post-race scrutineering. 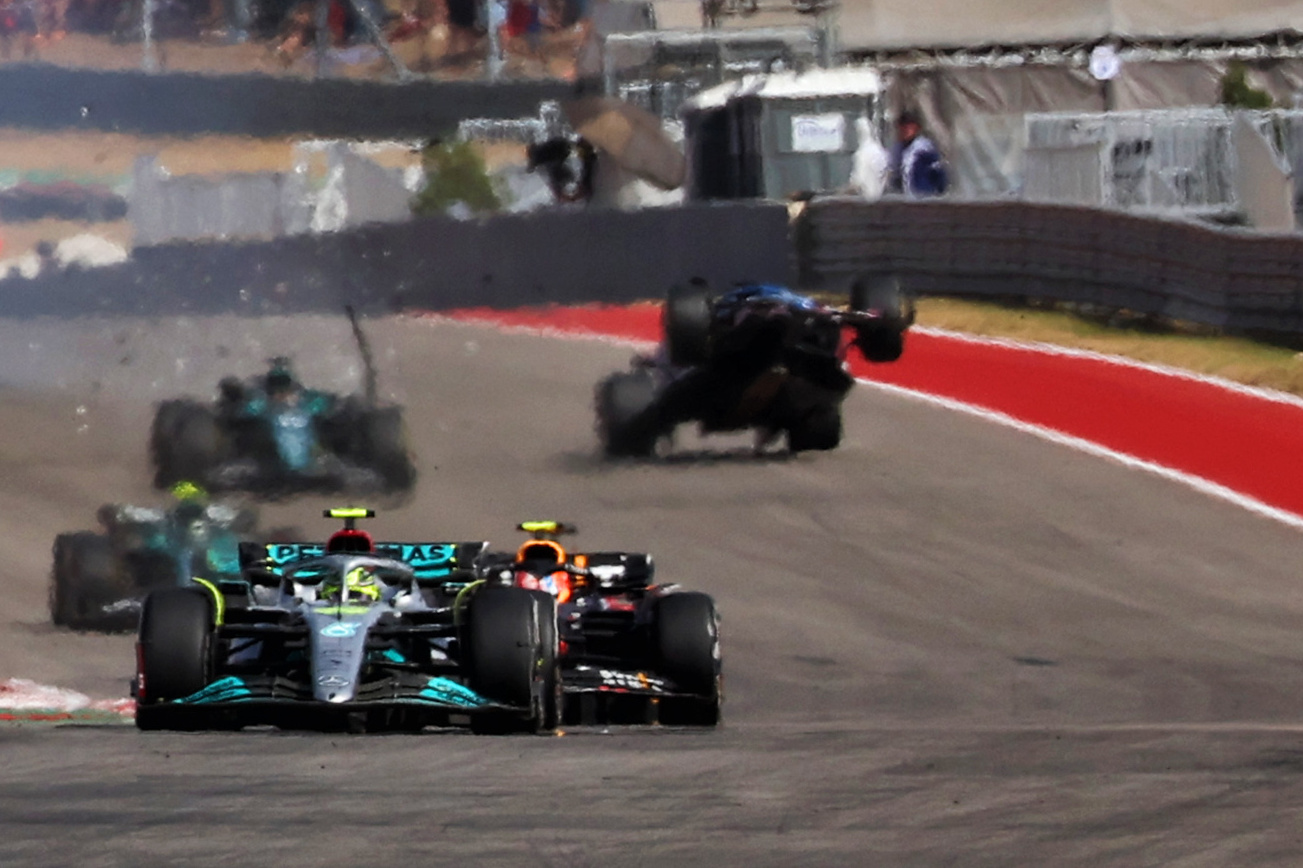 Alpine subsequently counter-protested Haas complaint but on the basis that the US outfit had missed the deadline for lodging its protest with the stewards by 24 minutes.

Thursday's hearing will therefore center on the timing of Haas' protest and nothing else.

Speaking in Mexico City, Alonso said he was confident that his penalty would be overturned and that he would be reinstated among the top ten.

"It was a rollercoaster of emotions for me on Sunday," said Alonso. "Starting at the back then we were like P6, we had the accident, last again and then finishing P7.

"And then in the evening again, out of the points. So it was up and down all day long. And now this, let’s wait and see. I am very optimistic that we will keep seventh place."

Alonso recognized that Alpine's counter-protest was bout the timing of Haas complaint. But the two-time world champion said that deeming a car "unsafe" after the fact and handing a post-race penalty will set a dangerous precedent for F1.

"We brought this basically because [the protest] was out of time and there were a couple of things,” he said.

"The FIA was not showing me the black-and-orange flag so they thought that the car was safe to keep driving.

"The car went through parc ferme, passed all the scrutineering, green light on parc ferme. And then the protest arrived too late.

"So between all I think there is no doubt that this was not the right decision to take.

"If this is the right decision to take, it will open a huge problem for the future in Formula 1," added Alonso.

"I think 50, 60, 70% of the cars will have to retire the car when they have a aerodynamic device that is not properly fix because it’s going to be ‘unsafe’ the car.

"It will open also, if 20 minutes is too late, it’s okay to protest, is one month too late? Is one hour too late? Is 10 years too late? When it’s too late? So that, I think we cannot afford.

"So as I said, this is a very important day for our sport. I don’t care about seventh, I’m not fighting for the world championship, but if this goes ahead, we don’t want to open that box."