Adam commented on the post, Breaching budget cap an act of "cheating" - Brown

In the round-up: McLaren Racing CEO Zak Brown has told the FIA that teams breaching the budget cap “constitutes cheating” as the sport’s governing body considers its response to Red Bull and Aston Martin’s infringements.

F1 teams breaching the budget cap “constitutes cheating”, Brown told the FIA in a letter to the governing body on the day the breaches were confirmed last week.

The letter, reported by the BBC, argued any team that was found to have exceeded the financial restrictions should face a reduced cost cap for the following season and reductions in aerodynamic testing.

However Brown pushed for more than just financial sanctions. “We don’t feel a financial penalty alone would be a suitable penalty for an overspend breach or a serious procedural breach,” he said. “There clearly needs to be a sporting penalty in these instances, as determined by the FIA.

“In addition, we believe there should be minor overspend sporting penalties of a 20% reduction in CFD and wind tunnel time. These should be enforced in the following year, to mitigate against the unfair advantage the team has and will continue to benefit from.” 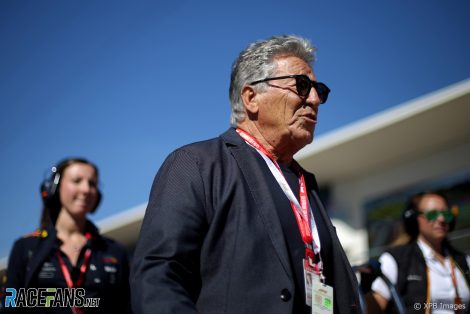 Andretti was first to drive the COTA track The Circuit of the Americas has announced that its final corner will be officially renamed as “The Andretti” in honour of 1978 F1 world champion Mario Andretti.

The left-hander turn 20 completes the circuit, leading onto the pit straight at the end of the lap. As well as his F1 title and 12 grand prix victories, Andretti won the 1969 Indianapolis 500 and four IndyCar championships, as well as winning the 1967 Daytona 500 and taking second place in the 1995 Le Mans 24 Hours.

Andretti was the first driver to ever run a lap of the completed COTA circuit in 2012. A dedication ceremony will be held at the corner on Thursday ahead of Friday’s opening day of practice for the United States Grand Prix.

Hitech driver Luke Browning was crowned GB3 champion after securing second place in the penultimate race of the season at Donington Park.

Browning finished behind Tom Lebbon in a damp race at Donington Park to seal the title with one race to spare. He finished the season 46.5 points ahead of Joel Granfors, with Lebbon almost 100 points further back in third.

It is Browning’s second junior single-seater title after he won the 2020 British F4 championship. As champion, he has won the opportunity to complete a two day test in an FIA Formula 3 car later this year.