2021 F1 Cars And Liveries Are Coming To Rocket League

A licensed Formula 1 car along with all of the liveries from the current 10 F1 teams will be available to play in the car football game Rocket League.

The Formula 1 Fan Pack containing the car, liveries and Pirelli wheels will go live tomorrow (May 20).

For the uninitiated, Rocket League sees teams of players all driving rocket powered cars on giant football pitches each trying to get the exploding ball into the opposing team’s net. So it’s a dramatic change of pace to Codemasters’ F1 games.

This also is the start of a multi-year partnership between Rocket League and Formula 1, so we should be seeing multiple years worth of F1 cars in the game at some point.

Formula 1 isn’t the only motorsport championship that’s made the leap to Rocket League as a licensed NASCAR pack was added to the game earlier in the month.

Even before then manufacturers such as Lamborghini have let their cars be put in the game and the DeLorean from the Back to the Future films has also been used to play rocket-powered car football.

The Formula 1 Fan Pack will be available in the Rocket League Item Shop from 20-26 May, costing 2000 Credits which is roughly equivalent to £15. 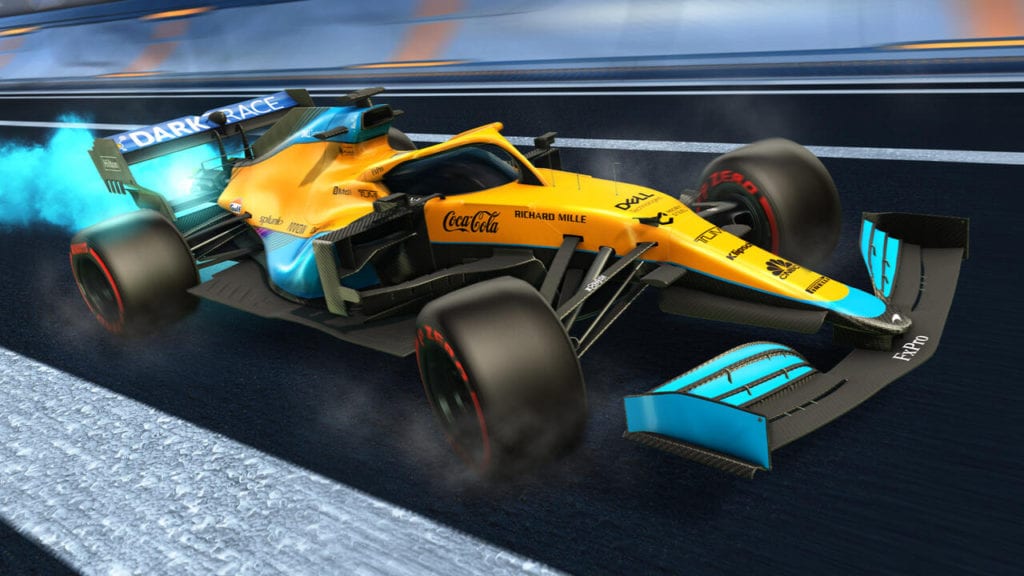