Mercedes will rely on split strategies to put Max Verstappen under pressure and try to undermine the Red Bull driver's quest for a home win on Sunday at Zandvoort.

Verstappen clinched his tenth career pole position in F1 on Saturday, and the Dutchman, well supported by his loyal orange army, is determined to follow up his performance with a resounding home win.

Mercedes may not have the advantage of pace over its Red Bull rival, but the Brackley squad is looking at strategy and tactics to gain an edge in the 72-lap race, with Lewis Hamilton and Valtteri Bottas starting P2 and P3.

"I think we need to be satisfied with where we ended up," said Mercedes team boss Toto Wolff after qualifying.

"Lewis missed out a lot yesterday with running [after an FP2 power unit issue] and at the end he put one lap together and we have P2, P3, that’s a good starting point.

"And I think we can play both strategies tomorrow, so you have two cars that can actually go totally different.

"Certainly, we’ll be pitting one, undercutting and massive pressure, leaving the other out and then finishing one and two," he added with a smile. 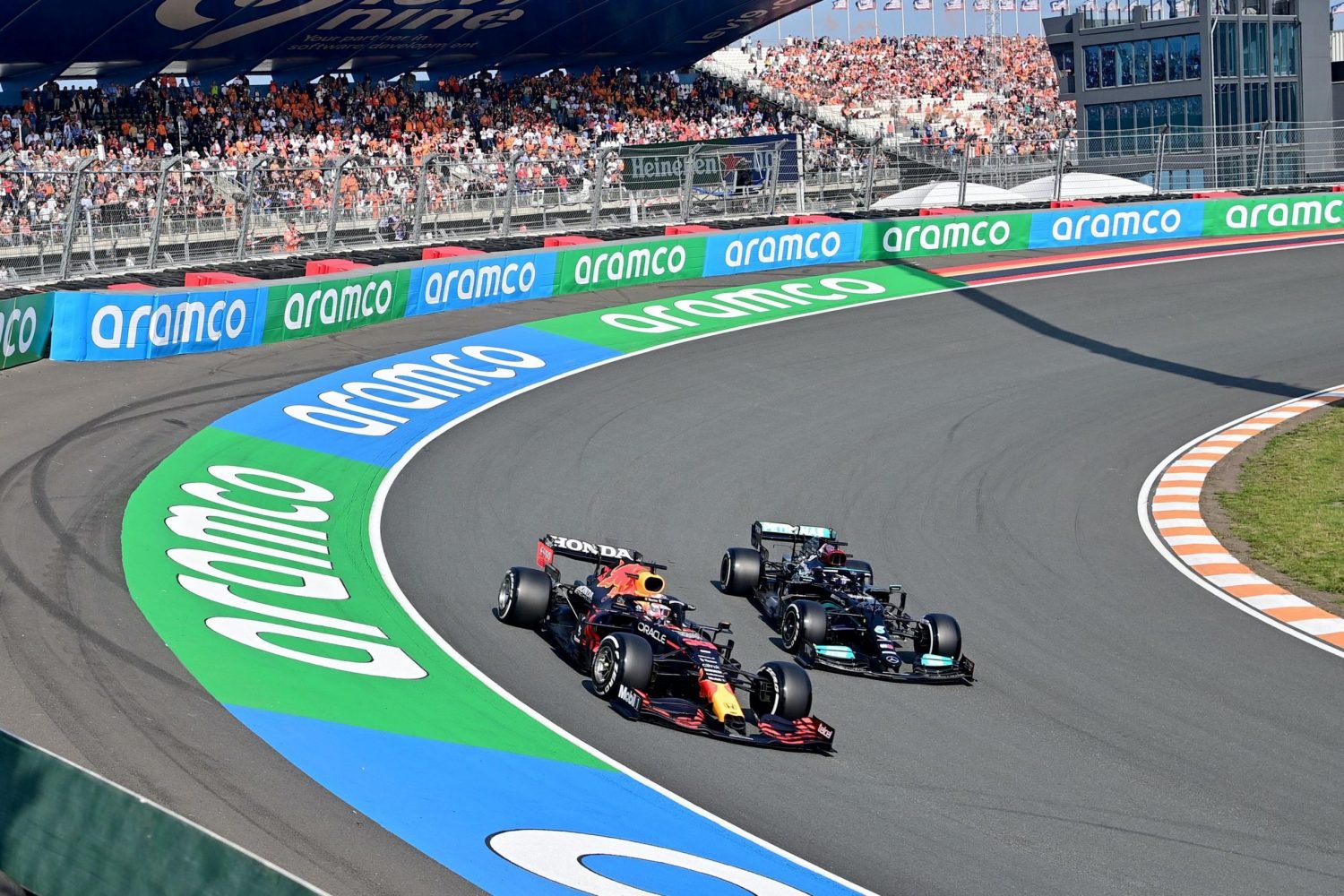 Looking ahead at Sunday's round in Holland, Hamilton emphasized the importance of getting a good launch off the grid, anticipating a "fun" start alongside his nemesis MaxVerstappen.

"I have no doubt it's gonna be tough," said the Briton. "Just from watching these guys [Red Bull], I think Max and his team were quicker than us on the long run.

"It's not a track that you can particularly overtake [on], so it's going to be [about] strategy and how you can utilise the tyres.

"The start will be fun!"

Wolff made clear that neither Mercedes driver would be cautioned about the start beforehand, insisting that both Hamilton and Bottas know "what is at stake".

"We will not be discussing the strategy for  Turn 1 or 2," said the Austrian.

"The drivers will speak with their respective engineers about various plays, but we do not need to refer to Lewis how to drive or what is at stake because he knows best.”