George Russell Will Race For Mercedes From The 2022 F1 Season

The worst kept secret in F1 is finally out. GEORGE RUSSELL IS GOING TO MERCEDES NEXT YEAR!! It’s actually happening. It’s not a drill. It’s official, and we’re beyond excited. Russell will be lining up alongside Lewis Hamilton at Mercedes from 2022. Unbelievable scenes.

Having raced with Williams since the 2019 Australian Grand Prix, Russell has always had his eyes on that second Mercedes seat. He got a surprise call up to join the Silver Arrows last year in Bahrain when Hamilton tested positive for COVID-19 and did an outstanding job for the team. Quite honestly, he looked on track for a win in the W11, but uh, we all know how that ended.

However, this time it’s not just a one-off. It’s for good.

He’ll be replacing Valtteri Bottas, who has been with the team since Nico Rosberg’s shock retirement at the end of 2016. Like Russell, Bottas was promoted from Williams and has done an excellent job in helping the team secure the drivers’ championship alongside Hamilton every year since he joined. In that time, he’s also earned nine career wins.

Bottas confirmed yesterday that he would be joining Alfa Romeo from 2022 on a multi-year deal, which only seemed to suggest that this news was on its way.

Russell is managed by Mercedes and joined their junior programme in 2016. He was a familiar figure in the Mercedes garage before getting his full-time seat in F1 with Williams, shadowing Toto Wolff during races and completing several tests for the team as reserve driver for the world champions in 2018.

“It’s a special day for me personally and professionally, but also a day of mixed emotions,” Russell said on this contract news. “I’m excited and humbled to be joining Mercedes next year, which is a huge career step, but it also means I’ll be saying goodbye to my team mates and friends at Williams. It has been an honour working alongside every member of the team, and an honour to represent the Williams name in F1.”

“Looking ahead to next season, I’d be lying if I said I wasn’t absolutely buzzing. It’s a huge opportunity and one I want to grab with both hands. But I’m under no illusions as to the scale of the challenge; it’s going to be a steep learning curve.

“Valtteri has set a high bar, consistently delivering week in and week out, scoring wins, pole positions and helping win multiple championship titles. My target must be to reward the trust that Toto [Wolff, Team Principal], the team, and the board have placed in me by ensuring I play my part in continuing that success and I want to do my new team-mates proud.

“Of course, one of those new team mates is in my opinion the greatest driver of all time. I’ve looked up to Lewis since I was in go-karts and the opportunity to learn from someone who has become a role model both on and off track can only benefit me as a driver, a professional, and a human being.

“For now, though, I have nine more races as a Williams driver, and I want to make sure they are the best nine of my time with the team. Then, and only then, can I turn my attention to 2022.”

How do you think George will get on alongside Lewis next season? 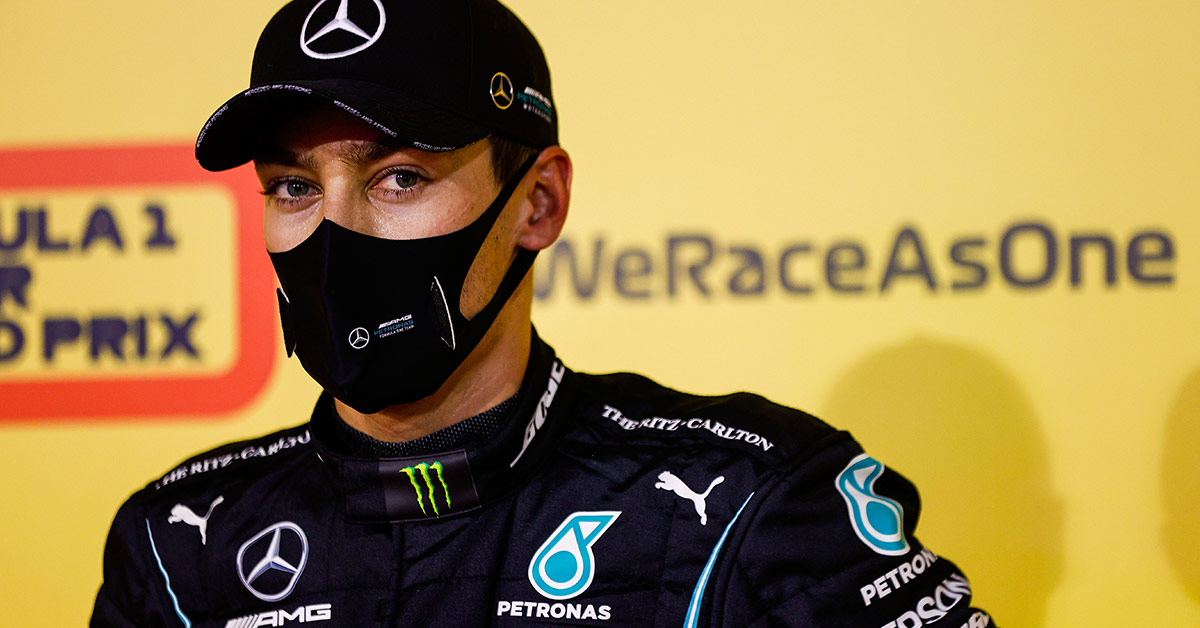