In the round-up: McLaren team principal Andreas Seidl says the 2022 Formula 1 calendar, with its record-breaking 23 races, will put teams’ staff under considerable strain.

Seidl: “down to us” to make 23 races sustainable for staff

F1 confirmed its longest-ever calendar last month. Although teams now conduct much less testing than they did before it was restricted in the late-noughties, Seidl isn’t convinced today’s schedule is less demanding.

“These were different times, different generation as well, at that time,” he said. “And I wouldn’t necessarily say that it was sustainable, what we had at this time, so for me there’s no point referring to what we did 20 years ago.

“The 23 races we will do next year, they’ll bring a big burden, put a big burden on people.”

Teams must factor staff welfare into their logistics plans for 2022, he added. “It’s great to have such a calendar, it’s great to see the interest from all these different countries and regions in Formula 1. Formula 1 is doing a great job over there in order to put this calendar up.

“But it’s simply down now to us, as a team, together with our people, to accept the challenge, and find ways we can make this race calendar sustainable for our people.”

Kirkwood: “Pretty rare” to get so much test time 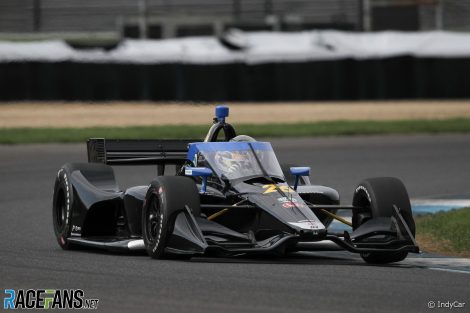 Indy Lights champion Kyle Kirkwood has said he is enjoying an unusual amount of pre-season testing in IndyCar.

Kirkwood, who is yet to secure a seat for 2022, said “I think it’s pretty rare that any IndyCar driver just gets in this early and is able to do as much testing that I’ve done so far. It’s rare in my career, too. When I ran USF2000, Indy Pro 2000, I had two or three test days before the first race. I’ve already done three test days now prior to even – it’s November 1st, so still so much time before the first race in February that we can still go testing.

“Obviously there’s a limit on it, but we’re going to maximise whatever that limit is. Having the three test days just after the end of my season, still being fresh in the car, not really sitting around and getting lazy, I think it’s super-important for me.” 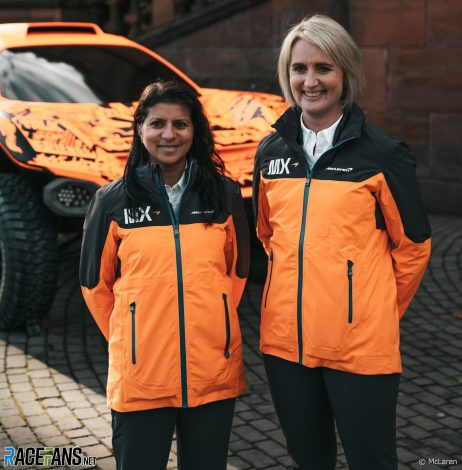 Three-time winning engineer for the 24 hours of Le Mans Leena Gade has been seconded to McLaren from Multimatic, in order to be the race engineer for its Extreme E team.

Gade made a move to IndyCar when Audi quit LMP1 and following a short stint for Bentley. She briefly worked with Schmidt Peterson Motorsport – now McLaren’s IndyCar team – in 2018, engineering James Hinchcliffe’s car.

McLaren made the announcement at the same time as unveiling their Extreme E car’s livery and announcing experienced rally driver Emma Gilmour will share the car with former rallycross racer and US Top Gear presenter Tanner Foust. Gilmour will be the first female driver McLaren has hired in its 58-year history spanning F1, IndyCar, sportscar and other competitions.

"Ricciardo: That said, there’s only 20 people in the world doing this – 20 F1 drivers on the grid. It’s no surprise that it’s not easy, so when I’m not able to meet my expectations, I can understand and appreciate that there are reasons why."

"'A lot of the photographers coming to the track have been to many more circuits than I have, which I thought put me at a disadvantage,' John says. 'But they haven't walked around this track throughout each year as I have, which helped me find unique angles for better story-telling photos.'"

"Ready to race in Formula Regional European Championship by Alpine. The car has been used only in private testing without any accident. "

"The Cosworth GBA engine was officially known as the 'Ford TEC,' however it’s best known now as the 'GBA,' its original internal name designation from Cosworth. The engine was designed by Keith Duckworth, the 'worth' in 'Cosworth,' working with Geoff Goddard and a small team of engineers."