F1 has only worked out one thing about sprint qualifying: It wants more | 2021 F1 season

Formula 1’s decision to introduce sprint qualifying races at three rounds of this year’s world championship was originally described as an experiment.

The series’ promoters said their plan to hold extra races on Saturday to decide the grid for Sunday’s race would be trialled and, if it proved successful, the format would be rolled out more widely for the 2022 F1 season.

This was widely taken at face value. “We have to be objective enough at the end of the season, if this has been negative, just obviously come back to the normal race format,” said Charles Leclerc when the plan was confirmed.

But it became clear long ago there was no realistic possibility F1 would give up on the format. A new, multi-year sponsorship deal linked to the sprint events – reportedly worth $100 million – was announced before the first such weekend was held.

After the first sprint event at Silverstone Formula 1 CEO Stefano Domenicali told an investor call the series had enjoyed “overwhelmingly positive feedback from the teams, drivers and fans”. If so, they have overcome the deep scepticism among many readers of RaceFans. 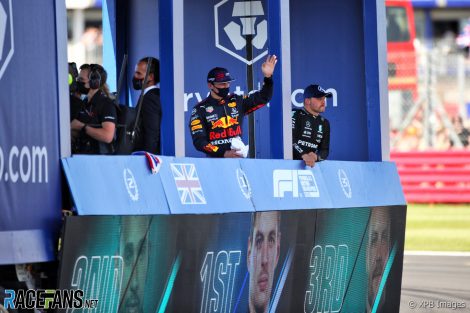 Analysis: What worked and what failed in F1’s sprint qualifying experiment

He reiterated this plan following the second sprint qualifying race at Monza. There the mixed reaction seen at Silverstone took a much more negative turn following a decidedly processional Saturday afternoon race. One of the few drivers to successfully overtake any of his rivals panned the format as “boring”.

But with the final running of the sprint qualifying format still a month away, Domenicali seems to have made up his mind. He told Sky the 2022 F1 calendar will feature at least seven sprint events, more than twice as many as this year.

“We said at the beginning of the year the three tests this year to make sure that we had the right plan for the future. But actually I would say for the vast majority of the comment that we receive are totally positive. Super-positive. Promoters super-happy because there is something new and very important on Friday, Saturday and Sunday.

“We are receiving this positive feedback, therefore we need to make sure that next year we are going to have a great plan that will consider also some of the points that were highlighted for the people that didn’t like too much this format. But generally speaking it has been an incredible success.”

Domenicali’s rare admission that not everyone is so enamoured with the sprint qualifying format (which seemed to be a majority of our readers after the Monza race) hints at the problems it has thrown up which F1 hasn’t yet solved. 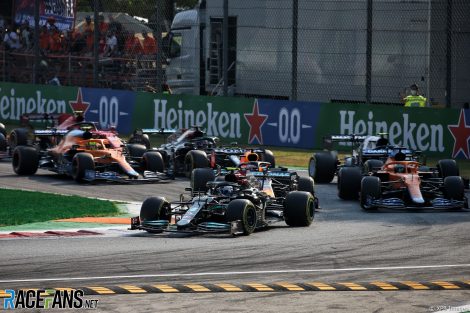 It hasn’t gone unnoticed that by giving pole position to the winner of a race, rather than the top qualifier, the sprint format ended decades of tradition. Sebastian Vettel, one of F1’s most prolific pole-winners, described the change as “wrong” and even F1’s motorsport director Ross Brawn admitted this aspect of the format may require a rethink.

One mooted solution involves separating the sprint event from qualifying, so it becomes a standalone race in its own right. Brawn suggested increasing the reward to drivers, as presently only the top three score points. However some have cast doubt on whether F1 should mimic Formula 2’s format so closely, particularly as the junior series will return to having two races per weekend in 2022.

The plan would almost certainly face opposition from FIA president Jean Todt, a sceptic of the format who nonetheless allowed the trial to proceed, but made it plain it should not be described as a “race” and must “not damage the race on Sunday”. It’s hard to see how Brawn could make the changes he desires without running afoul of his former Ferrari boss.

Even the idea of holding more sprint rounds will face opposition. Mercedes team principal Toto Wolff wants a cap on no more than four sprint qualifying races in 2022.

But these are all sporting considerations, which are secondary to the reason for the format’s introduction. This, as was clear months before the first sprint qualifying race was held, is solely financial.