The latest trailer for F1 2021 has given us our first look at the all-new Braking Point story mode, complete with on-track and off-track antics.  In the trailer, we see both new characters of Aiden Jackson and Casper Akkerman for the first time and just some of the scenarios that will crop up during the story.

There are brief glimpses of the drivers interacting with each other outside of the cars and in the paddock, including a confrontation between the new characters. Sounds spicy

As the story will be spread across three seasons, starting in the 2019 F2 season and ending in the 2021 F1 season, the trailer even shows a press conference scene set in 2020 featuring Esteban Ocon in the old Renault race suit.

More bizarrely is a moment in the trailer featuring some of the additional characters all at a candlelit dinner, featuring  presumably  the team boss who we know will be a character in the game.

Since that’s just a taster of what to expect in the Braking Point story and numerous minor characters that will feature throughout it, there’s likely to be even more scenes that you normally wouldn’t see in an F1 game.

Also spotted in the trailer were the new icons in the my team mode, including Nico Rosberg who’s not been in an F1 game since he retired from F1 at the end of the 2016 season. 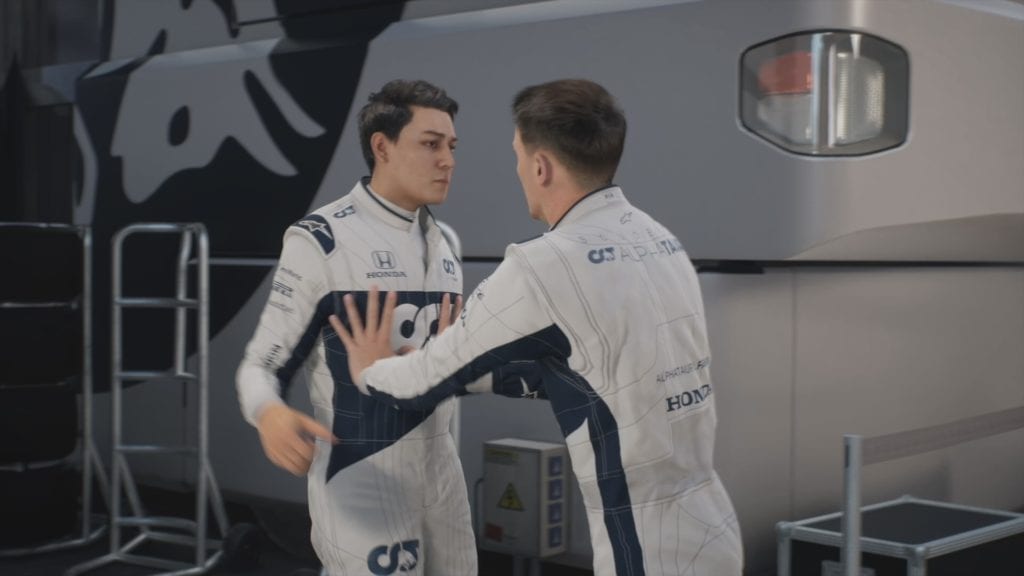