Formula 1 drivers heaped praise on the new, high-speed Jeddah Corniche Circuit after their first day’s running on the track.

However several of them admitted they expect overtaking will prove difficult in Sunday’s race.

Billed by race promoters as the “world’s fastest street circuit” ahead of the inaugural race weekend, Friday’s two free practice sessions provided the first opportunity for drivers to try out the track for real.

After almost two hours of relatively uneventful running, Charles Leclerc provided a visceral demonstration of how heavily mistakes will be punished over the six kilometre course when he lost control entering turn 22, crashing his Ferrari heavily into the barriers. Despite the close proximity of walls, drivers offered near-universal praise for the sport’s newest venue, with Valtteri Bottas even telling his team over radio that “this track is cool”.

“I already said over radio, but it’s really cool,” Bottas said after second practice. “It’s quite hardcore. It’s pretty full gas and close to the walls and high speed, but that’s what you want. That’s what we enjoy and definitely gives you a bit of an adrenaline rush.” 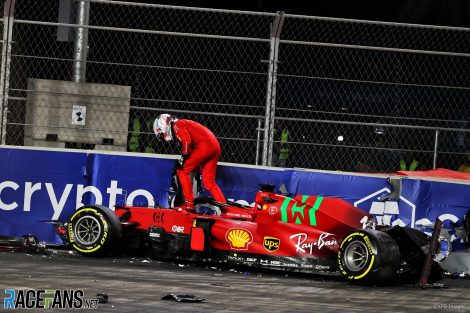 Leclerc was the first to be bitten by Jeddah’s walls

Carlos Sainz Jnr likened the experience to the closest thing F1 has come to the thrill of racing in the Macau Grand Prix. “The intensity that this track gives you and the thrill and the adrenaline is something that I haven’t lived a bit since my Macau days,” he explained.

As a rookie, Yuki Tsunoda has had to get familiar with many circuits he has never driven before this season. But of all the new circuits he’s experienced, he described Jeddah as being particularly outstanding.

“Especially the first sector was really special,” said Tsunoda. “I’ve never driven that kind of corners. I enjoyed it a lot, up to turn 13 was completely new for me.”

Fernando Alonso has driven a Formula 1 car around more circuits than almost any other driver and yet even the 40-year-old veteran was impressed. “It is a very, very spectacular lap,” said the two-times world champion. “Because you are driving between two walls and this speed. Any mistake, it could have big consequences. So you have to be alert.”

With an official count of 27 corners around the circuit, Daniel Ricciardo said that it required some thought to keep track of which corner he needed to anticipate approaching next on his flying laps.

“It kind of all looks the same,” said the McLaren driver. “So you have to talk yourself through each corner. ‘Okay, this is this corner, this is that corner – fourth gear, okay, this is now fifth’. It’s a maze.”

But despite the drivers having clearly revelled in the new and unique challenge offered by the Jeddah street circuit, the field were far more pessimistic about whether it would offered plentiful opportunities for side-by-side racing and overtaking. 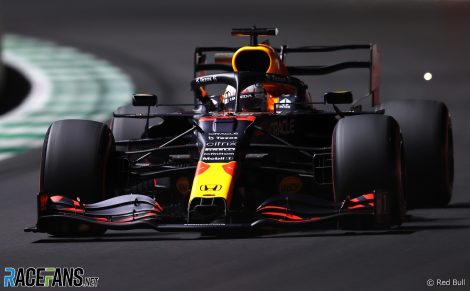 Analysis: How teams’ shifting set-up priorities were captured in a revealing radio exchange

“I think it will be unfortunately quite difficult to overtake if you’re kind of similar speed,” admitted Kimi Raikkonen. Lance Stroll agreed; “I don’t think it’s great for overtaking,” he said. “I think we’re missing like a good braking zone to overtake.”

But for the best indication of how good a race we may get on Sunday, Alonso says he will be looking to today’s Formula 2 races to answer the question of how much racing we can expect to see tomorrow.

“I think F2 is going to be a good reference for us because we obviously have concerns about the overtaking opportunities being a street circuit,” Alonso said. “This is going to be difficult.

“Qualifying will be very important. So I think that F2 will show us if it’s going to be a good show on Sunday or not.”