In the regular event notes distributed to all competitors, Masi reminded them the FIA has the (seldom-used) power to confiscate points from drivers if they are deemed to have seriously infringed the rules.

Reading between the lines, this was a reminder that neither driver should assume they would be allowed to win the title by taking their rival out. It was an understandable step for Masi to take in light of what happened four days earlier in Jeddah, where the stewards deemed Max Verstappen had caused a collision with his title rival Lewis Hamilton. This was their third significant contact of the year after Silverstone (where Hamilton was the culprit) and Monza (Verstappen).

Given its implications, and the fact Verstappen stood to gain most from any collision in the finale, it was no surprise he and his Red Bull team bristled at such a public reminder that the FIA did not want any undue interference on the championship outcome. But of course, in the eyes of many, that was exactly what happened at the end of the race when Masi made a surprising break with convention to arrange a restart which ultimately swung the outcome of the world championship. 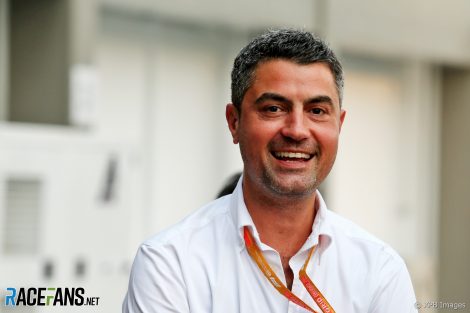 His decision to allow only a portion of the lapped drivers to rejoin the lead lap – moving aside all the cars which separated leader Hamilton from second-placed Verstappen, and none of those behind the Red Bull driver – flew in the face of past practice. It led Mercedes to protest the outcome of the race; Once that was rejected they began making arrangements to lodge an appeal, only to back down from that move four days later having concluded that even if they won it would not restore Hamilton’s lost title.

Unsurprisingly, the winners and losers saw Masi’s decision differently. Mercedes team principal Toto Wolff accused him of conjuring up a new interpretation of the rules which contradicted his past explanations and “robbed” Hamilton of the title. “I’m not interested in having a conversation with Michael Masi,” stated Wolff.

Red Bull sided with the race director – at least on this call. “There were five cars in between and he just sent them away, so that you could drive this last lap,” said the team’s motorsport consultant Helmut Marko. “It’s like the referee, he has the right and if he decides like that, then that’s valid.” 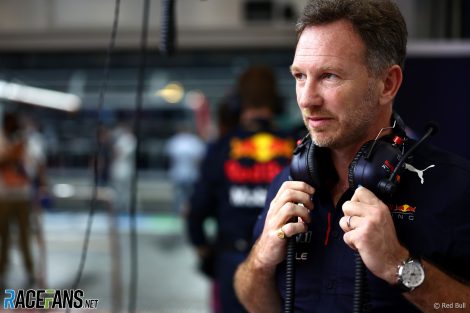 Horner was unhappy with Masi’s officiating in Jeddah

Horner clashed with Masi at the previous round too, being hauled into the stewards office and given a formal warning after the race director reported him for criticising a “rogue marshal” over another penalty for Verstappen. It was a particular poorly-chosen remark for Horner to make given that Masi made his start in officiating as a flag marshal.

Since taking over from Whiting, Masi has inevitably encountered the greater scrutiny which comes with overseeing the world’s most famous motorsport. But Abu Dhabi catapulted him to a new level of fame. In the days after the race his name was searched for online more often than 18 of the 20 drivers – all bar the two title contenders. For those running the show, that’s a clear signpost of how many people were unimpressed with how last year’s season finale was handled.

The race director role invites criticism like few others. It’s doubtful any of the alternative options available to Masi at the time – such as restarting with the lapped cars still in place or concluding the race behind the Safety Car – would have been popular with the Red Bull camp.

Still, the likely impossibility of a universally popular decision doesn’t justify veering from past precedent in such a baffling way. After all, it wasn’t just the championship contenders involved – other drivers were mystified by how the restart was handled. This invites the question whether such a call should have been possible.

Masi has become the focus of attention for the decision and social media is awash with calls for him to be replaced. But would that be more than just a superficial change? The FIA has resolved to examine what went wrong in Abu Dhabi but it doesn’t necessarily follow that he was at fault or that the only solution is to install a new race director.

Wolff admitted as much when he spoke after the team decided not to appeal over the race. “It’s not only a decision to change the race director,” he said when asked whether replacing Masi would give Mercedes more trust in the FIA’s procedures. “The whole system of decision making needs to be improved.”

“The race director is certainly under big pressure and some of that is due to our own faults,” he continued. “I would have wished for more consistent decision-making that could have avoided many of the controversies throughout the year. 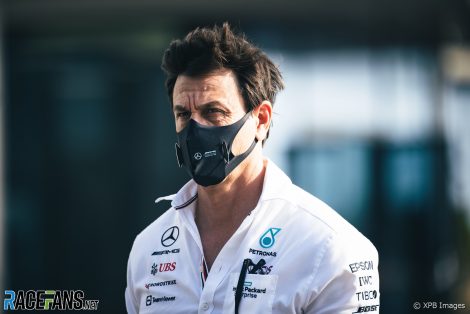 F1 must ‘revamp the way decisions are made’, says Wolff

“But the last one was just a decision that had the biggest impact. From a sporting perspective, a catastrophic impact because it decided the world championship. But now you can say all season went back and forth and we were on the receiving end sometimes, and sometimes even more lucky.”

Should Masi be blamed for a bad call, or does the fault lie in a system which allowed such an unexpected decision to be made? Whichever, Wolff is clear that improvements must be made.

“I have confidence that all of us together – the teams, the drivers the FIA and the sport – can revamp the way decisions are being making and make the sport stronger,” he said. “I think these situation, as painful as they are, are also an opportunity to make the sport better.”