Chequered Flag Fireworks Are A Recipe For Disaster

Fireworks at the end of a Grand Prix are not really a new thing. We’ve seen them in the Abu Dhabi finale for years and at the Singapore night race. It’s never been something I’ve really paid too much attention to, that was until I saw Sergio Perez’s fastest lap run at Interlagos.

I already know what you’re thinking here, ‘of ALL the things to get worked up about at the Brazilian Grand Prix, you’ve chosen fireworks?’ As I said, it’s never really bothered me too much. Sure they look pretty cool at the end of the race, but if they weren’t there, I’ll be honest, I probably wouldn’t even notice.

I remember seeing the fireworks down the main straight during the race at Interlagos, and from the external cameras, it looked like a nice celebration to get the crowd hyped for the finish. But, it wasn’t until I watched the DHL Fastest Lap award video that F1 posted that I thought, ‘Is this REALLY the best idea?’

Skip to 1:15 for the moment in the video below

Interlagos is an old school track, and there have been questions over the safety over the tightly packed, fast main straight before – not to mention its fair share of scary accidents.

So it does seem absolutely maddening in a sport that prides itself on its improvement of safety standards, to essentially put a self-inflicted hazard on the track while cars are still racing.

Watching Perez’s fastest lap from onboard, there’s a huge smoke cloud on the main straight as the Red Bull driver is going flat out at top speed. He drives into the smoke, and from the audio, it sounds like he lifts ever so slightly, but thankfully for him and mainly Red Bull, it’s not enough to cost him the fastest lap.

In this ‘Fastest Lap point’ era of F1 drivers are racing flat out to the line more than ever. Even if you put aside the questionable safety of it, imagine if he had backed out enough that it cost him the point and Red Bull or Max Verstappen missed out on the championship by a single point? 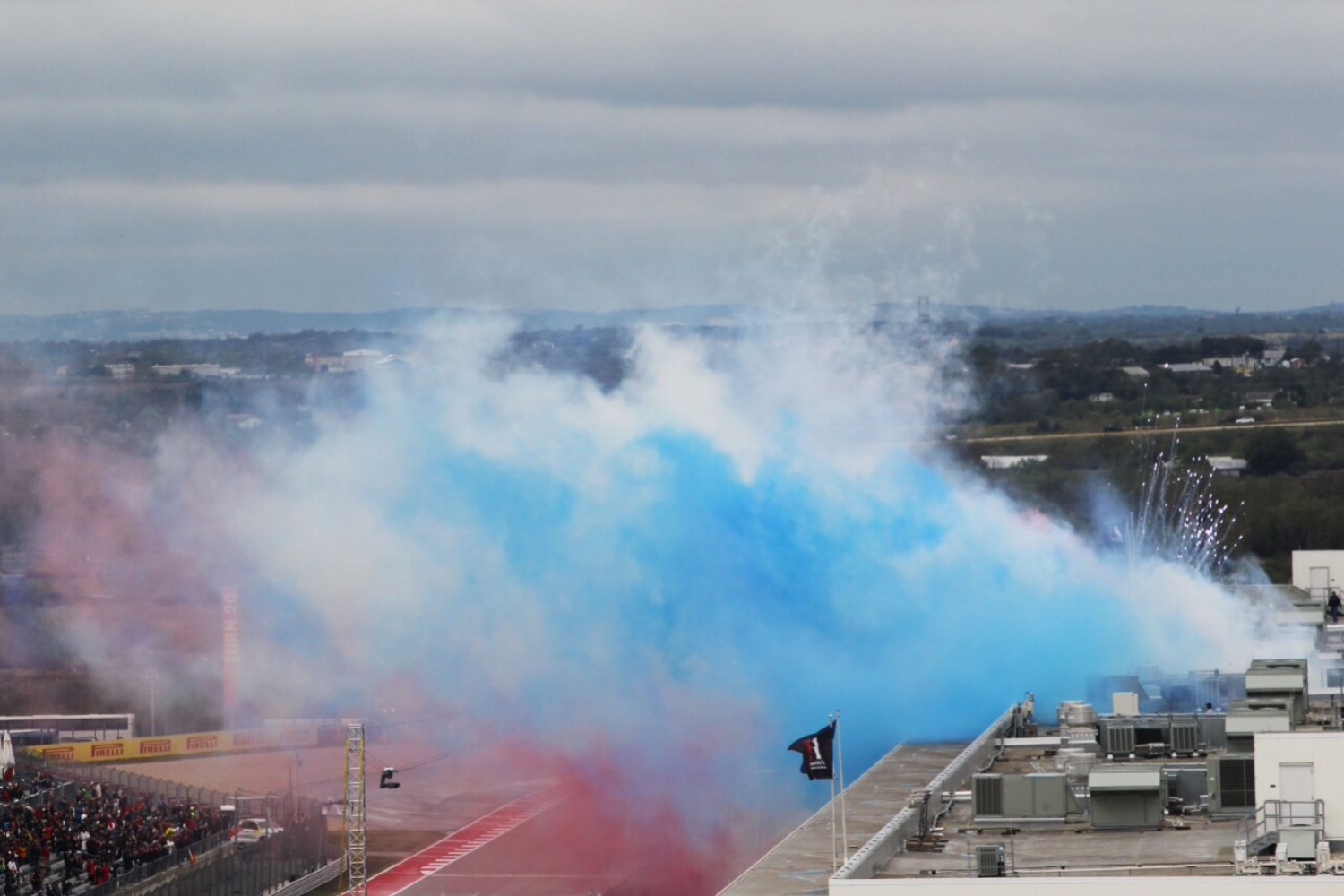 Now I can imagine some of you are going ‘this is all hypothetical‘, and yes, I’m making up situations that could happen, but they’re not completely out of the question.

You can’t blame Perez for lifting off the throttle slightly when driving blind into a cloud of smoke. What if the smoke cloud was from an incident that had literally just happened in front of him? There could even be a car across the track.

Is Perez just meant to drive into the smoke flat out and just ASSUME it’s smoke from fireworks? That’s a very dangerous game you’re making the drivers play.  Yes, I know they have yellow flag warnings on their dash, but if the incident had just happened, it wouldn’t be instant.

We saw an even worse case of putting the show first over racing at Le Mans this year when organisers seemed to forget that people are still racing for position after the leader took the chequered flag.

If you haven’t seen it, Le Mans still has an old-school approach to the chequered flag, having a guy stand on the track and wave the flag in front of the cars, which are 99% of the time going slowly across the line because positions are already decided. 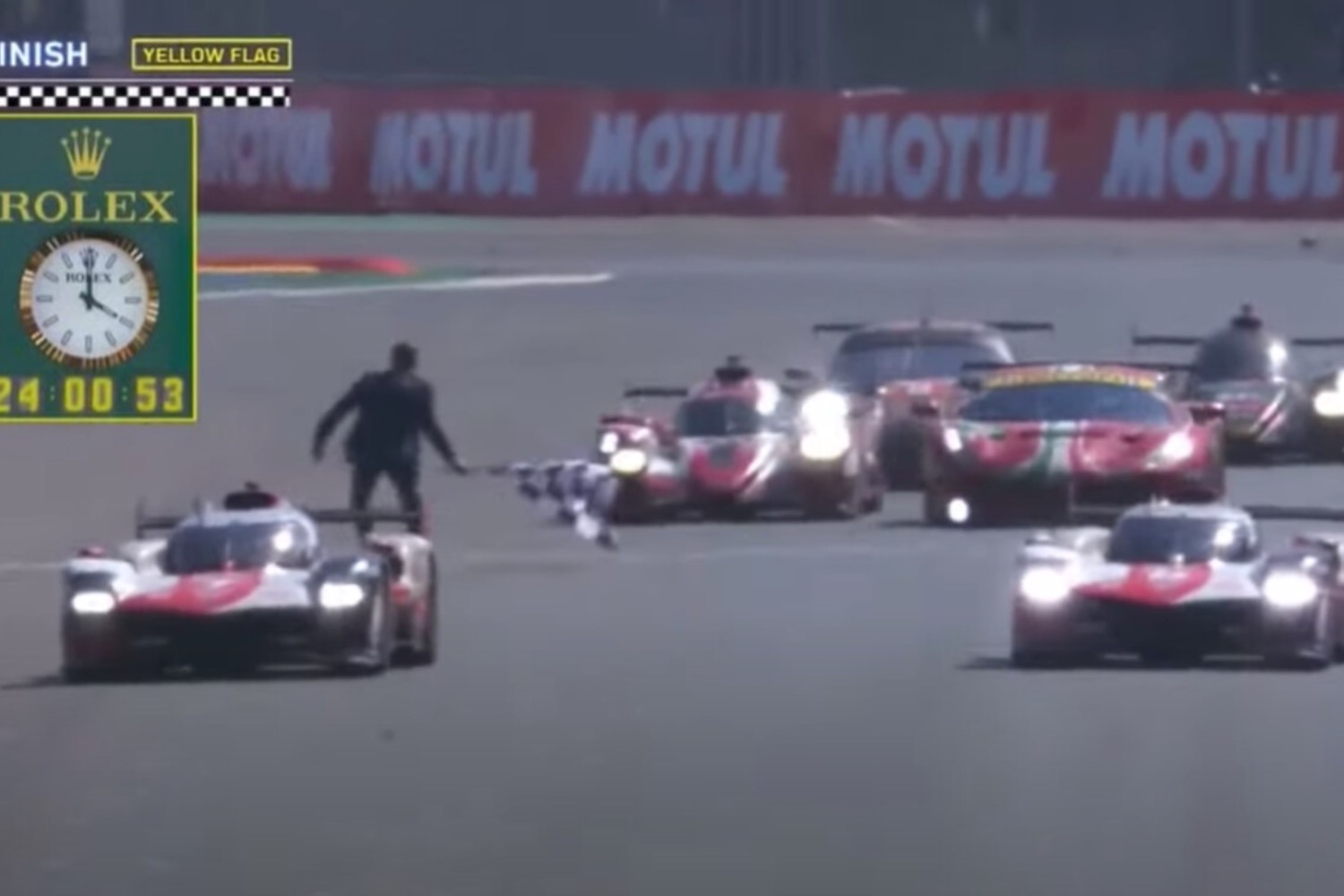 However, things weren’t decided, and two LMP2 cars were battling for the class win while other cars were slowing down for photos on the line. The result was the chequered flag guy almost getting wiped out by one of the LMP2 cars, which understandably was still racing to the line BECAUSE IT’S LITERALLY A RACE, AND THEY WERE BATTLING FOR POSITION.

That was just a close call. Thankfully, the smoke at Interlagos ultimately was a non-issue, but my worry is that it could be an issue one day. Just because we’ve not had a dodgy moment yet doesn’t mean it’s not something that we should just allow and wait until, perish the thought, the smoke cloud is from an accident, and we have drivers approaching the scene just assuming they are fireworks.

This sport does an incredible job of improving safety standards. It’s introduced the halo, safer barriers, and so much more… so why you’d put a self-made hazard on track and make drivers race through it at top speed blind, it just seems like an accident waiting to happen.

Do you agree with Tommy? Let us know in the comments below. 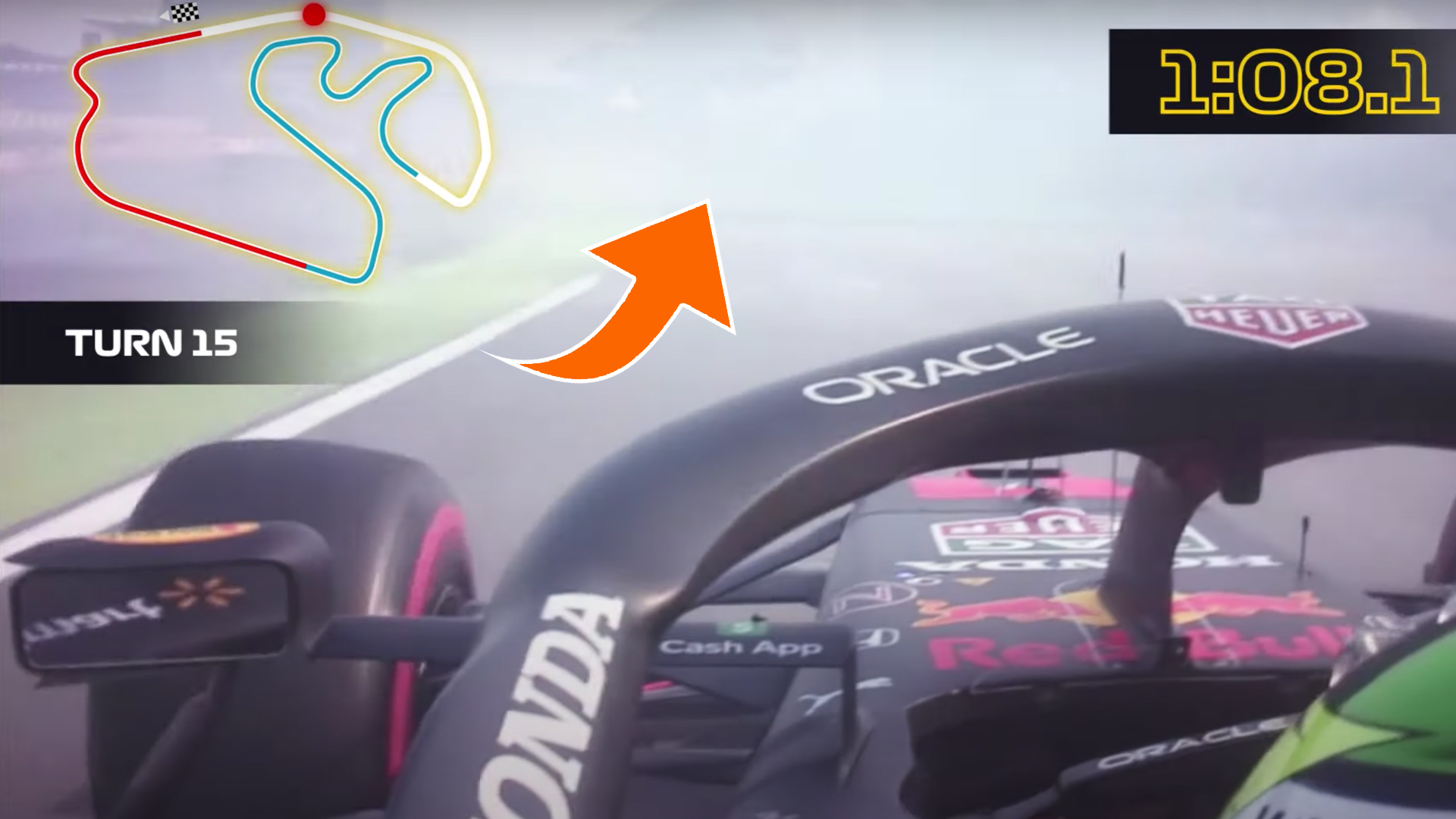