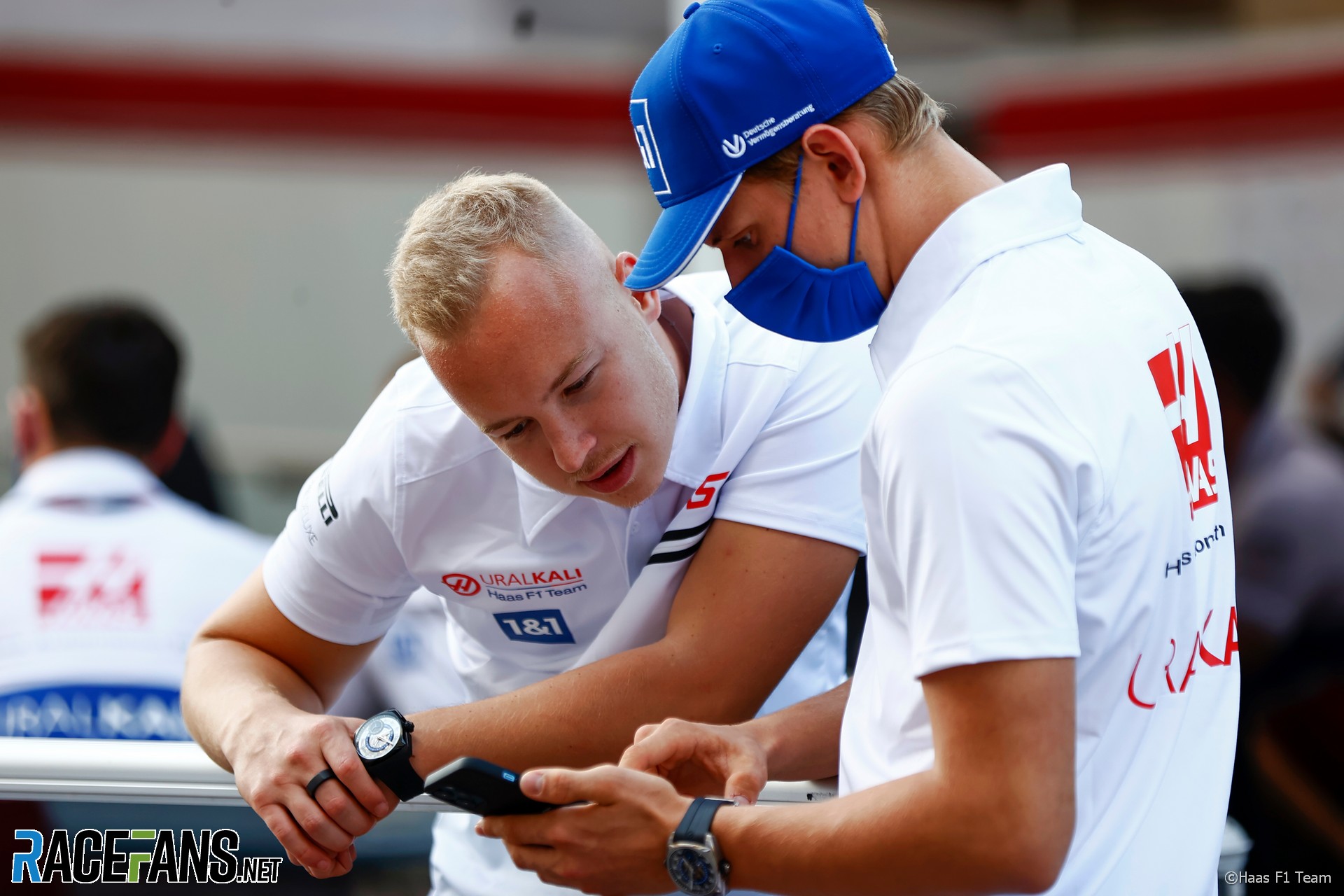 It was a difficult year for the two Haas rookies during the 2021 season, with the pair crossing paths and touching on multiple occasions.

But what is Mick Schumacher showing on his phone to team mate Nikita Mazepin?