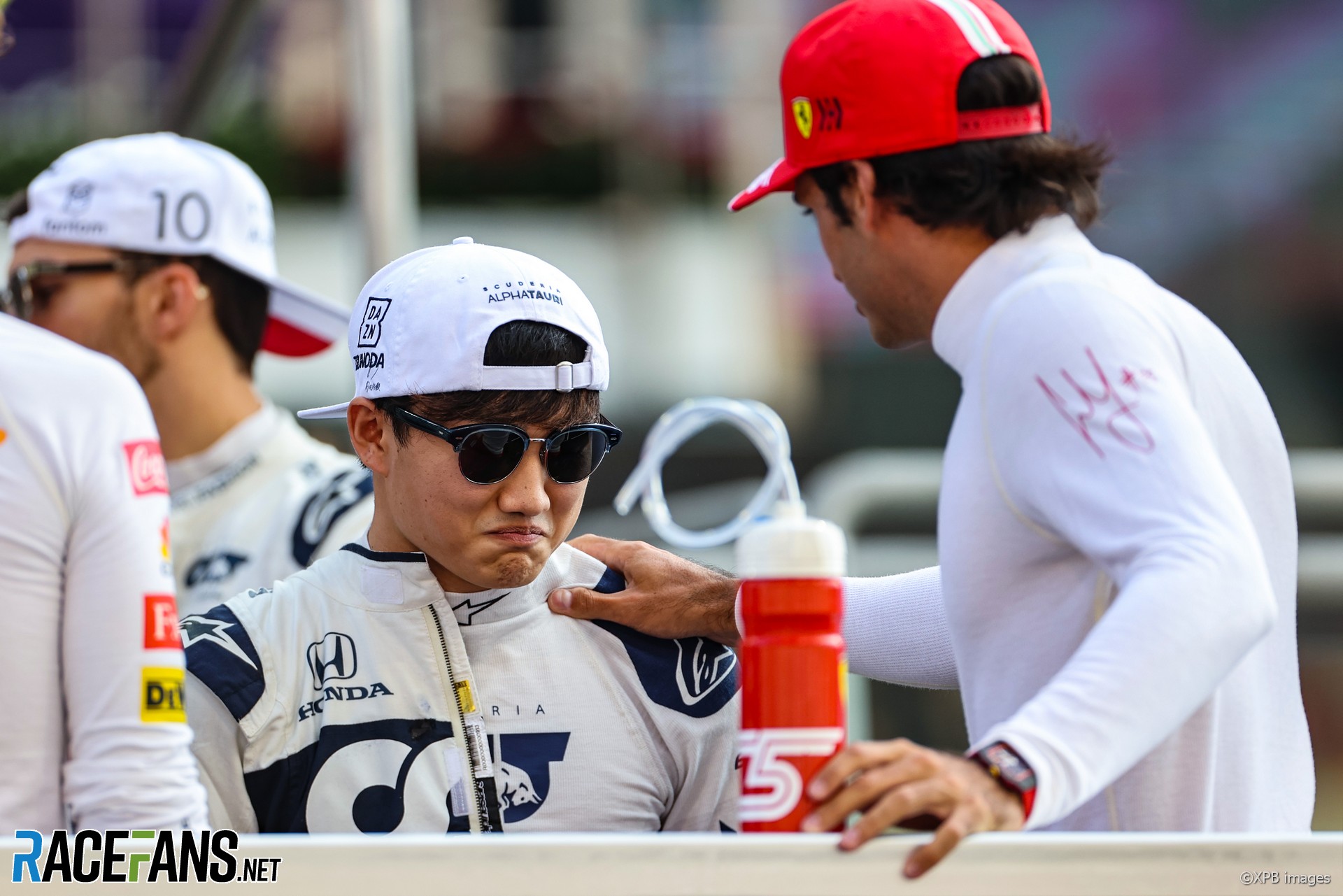 What better way to kick off a new year than with a new caption competition?

What wise words does Carlos Sainz Jnr have for AlphaTaur’s Yuki Tsunoda as he heads into his second season as a Formula 1 driver?