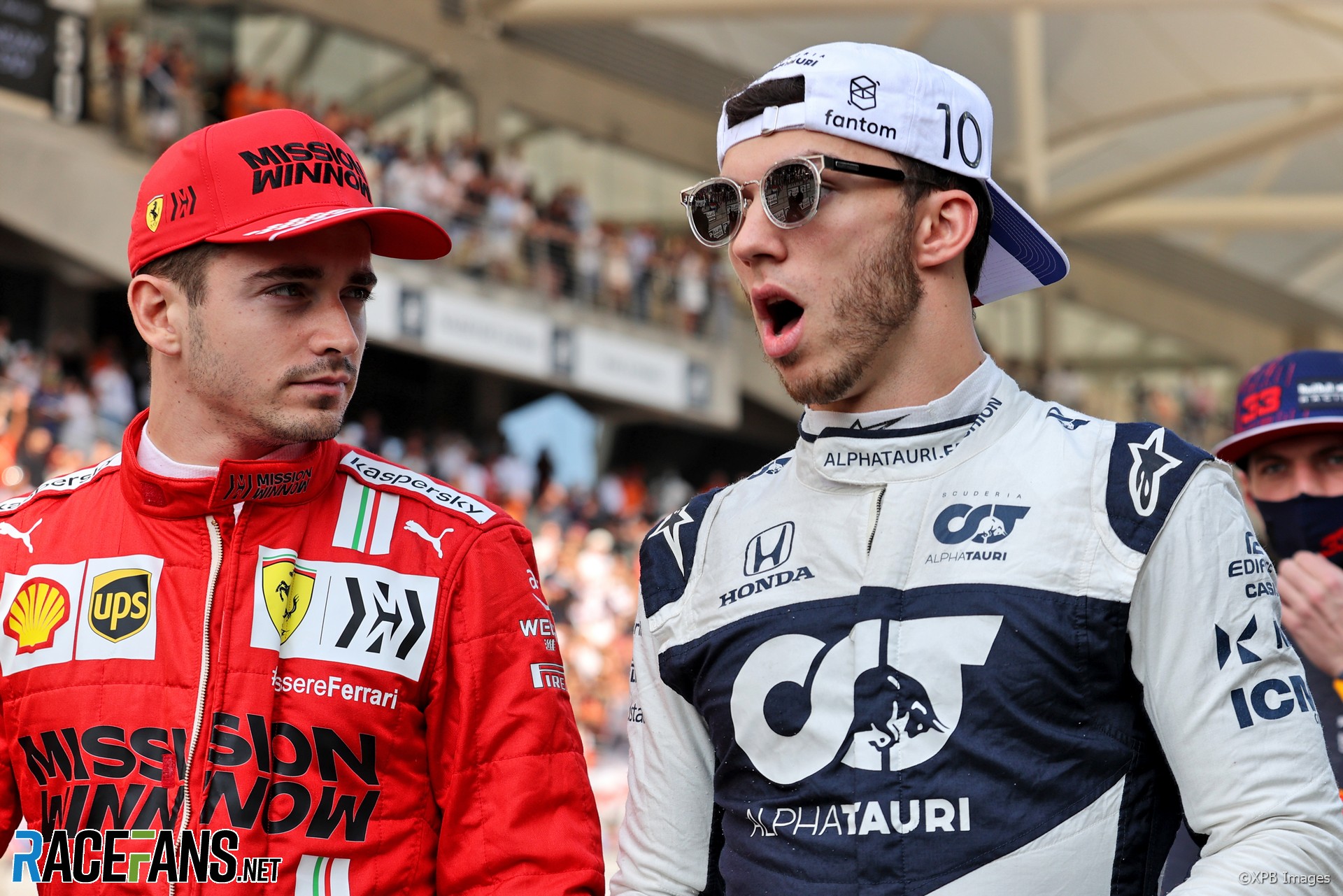 Pierre Gasly is a driver of many emotions.

But what has Charles Leclerc told Gasly on the grid ahead of the Abu Dhabi Grand Prix that has provoked such a shocked reaction from the AlphaTauri driver?