In the round-up: Aston Martin says reports elsewhere claiming it attempted to sign Fernando Alonso are not correct.

Aston Martin did not approach Alonso for a 2022 seat

Reports in other publications claimed Aston Martin attempted to secure Alonso’s services in a meeting between team owner Lawrence Stroll and the Alpine driver’s manage Flavio Briatore. In response the team issued a denial yesterday.

“Lawrence Stroll did not offer a drive to Fernando Alonso, as has been reported in some media,” said a team spokesperson. “Lawrence had lunch with Flavio Briatore in Sardinia during the summer break. Lawrence and Flavio are friends. They have lunched together in Sardinia many times over many years. It was a social occasion, nothing more.”

Alpine recently confirmed Alonso will continue to drive for them in 2022, while Aston Martin is expected to retain Stroll’s son Lance alongside Sebastian Vettel.

Norris: Williams could have beaten McLaren to Q3 without red flags 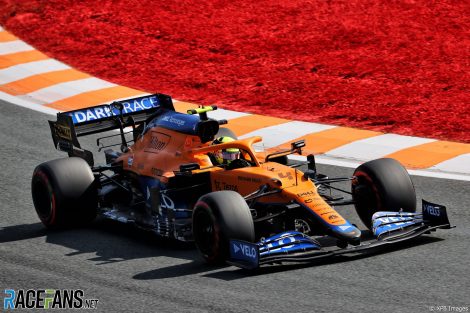 Norris missed Q3 for the first time this year

Lando Norris doubted whether Q3 would have been possible for him even without the red flags in Q2. “It would have been very tough,” said the McLaren driver. “I think compared to like 90 percent or at least most of the people in Q3, they were definitely quicker. Daniel [Ricciardo] has done a good job this weekend and in qualifying.

“It was just very close and very tight with everyone. Even like the Williams if they didn’t make their mistakes, they probably would have been extremely quick as well and made our life even tougher.

“I’m not comfortable enough to say, yes, I easily would have made it Q3 because I did a 10’4 for a reason and that was because we just weren’t quick enough to do a lot quicker at the time.”

Norris failed to reach Q3 for the first time this year. “Maybe I haven’t had the most confidence in the car, [unlike] in Spa or various other places we have been to,” he said. “I definitely think I could have improved, but not easily enough to say I one hundred percent would have been into Q3, so it was just tough.

“The field’s the tightest it’s ever been, we’re seeing a few like Alfa Romeo being so far up all of a sudden, there’s just a lot of cars which have taken a big step this weekend because of the track type or whatever it is. And maybe we’ve taken, not a step backwards, but we’re just not performing as well as what we normally do.”

Ido Cohen, who started the second Formula 3 race at Zandvoort on pole, has been given a grid drop of three places for Sunday’s race after he was found at fault for late-race contact that caused a puncture for title leader Dennis Hauger.

Filip Ugran has also been penalised, with 10 seconds added to his finishing race time for contact with Jonny Edgar. As a consequence of the penalty Ugran, who crossed the line 12th, will be classified 24th – one place ahead of Edgar. 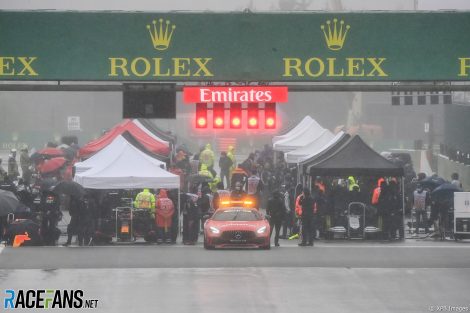 Toto Wolff says he accepts the need for F1 to change its rules in light of the Belgian Grand Prix, having previously described the farcical one-lap event as a “freak day”.

Speaking at Zandvoort, Wolff conceded F1 had to reflect on what went wrong at Spa-Francorchamps. “I think there is a lot to learn from the Belgian Grand Prix because we need to tweak the regulations, we need to talk about the regulations that points are awarded for a race.”

Among the matters F1 should consider is whether it was correct to award points for an event in which no racing laps were completed. “I think we are all racers at heart, we want points to be given for racing,” said Wolff. “And I think in the future we just need to discuss in the F1 Commission whether a few laps behind the Safety Car is good enough for points or whether we actually want the cars racing.”