The 2021 F1 season is over and as we start looking back on what’s been an incredible season full of drama, we decided to go back over our ABCDEF1 WTF1 Podcast rankings from the year.

For those unaware of ABCDEF1, it’s where we rate each driver after the race with A* being the highest grade, followed by A, B, C, D, E and finally F. Thanks to one of our followers ‘ Tunefix2 ,’ we’ve got ourselves a championship table and here we look at the drivers from 21st to 11th.

21st and last on the list is Robert Kubica, but that is of course as a result the Alfa Romeo reserve only taking part in two races to replace Kimi Raikkonen due to Covid-19. We gave him an A and B in those races which if we were doing an average instead of a points system, Robert would be in 3rd!

It’s perhaps no surprise to see Mazepin in P20 after a difficult year. He started the season with an F grade after a chaotic debut in Bahrain but did find some more consistency at the end of the year.

Best grade: A (Mexico and Russia)

Kimi Raikkonen’s final season wasn’t hugely spectacular but he did receive two A grades for his points scoring finishes in Mexico and Russia. Had he not missed two races due to Covid-19, his average score would have put him in 16th rather than 19th.

Best grade: A* (Hungary – secured points and ran in third)

It was a much more solid season for Nicholas Latifi this year, with the highlight coming at the Hungarian Grand Prix where he scored a brilliant seventh place and more importantly an A star in ABCDEF1.

Even despite being a rookie, Tsunoda had a difficult season and his ABCDEF1 grades showed. 11 D grades over the season sums up how hard it was but he finally scored an A star in the final race at Abu Dhabi after a career best P4.

In what could be Antontio Giovinazzi’s last season in F1, he achieved a C grade in more than half the races, which sort of sums up his fairly unspectacular season. His best result came in Saudi Arabia where he took 9th place and achieved an A grade in ABCDEF1.

It was hard to judge Mick Schumacher over the season, driving easily the worst car on the grid and having a less than spectacular teammate. He was sometimes a bit crash happy but showed promise at plenty of races too.

After a strong season in the Racing Point last year, Stroll didn’t enjoy the same success with Aston Martin. His worst grade came in Hungary where he helped cause turn one chaos along with Valtteri Bottas while he achieved three A grades thanks to solid points finishes in Styria, Monza and Qatar.

While Bottas no doubt improved towards the end of the season and helped Mercedes to an eighth constructors’ title, his poor start to the year saw many low grades in ABCDEF1. He was given an E in Imola and Baku but even worse was Hungary where ‘Bottas bowling’ gave him an F. However, in Turkey he really answered his critics with a brilliant drive in tricky conditions to get a well deserved A star.

Speaking of rollercoaster seasons… did anyone have as many ups and downs as Daniel Ricciardo? He was surprisingly poor alongside team-mate Lando Norris and was even lapped by him in Monaco, the race where he received his worst ABCDEF1 grade of E. No surprise though is that his best was an A star performance in Monza where he helped McLaren secure their first victory since 2012.

No one is 11th as we have another tie for 10th place. You’ll just have to find out tomorrow as we countdown from Drivers 10-6! 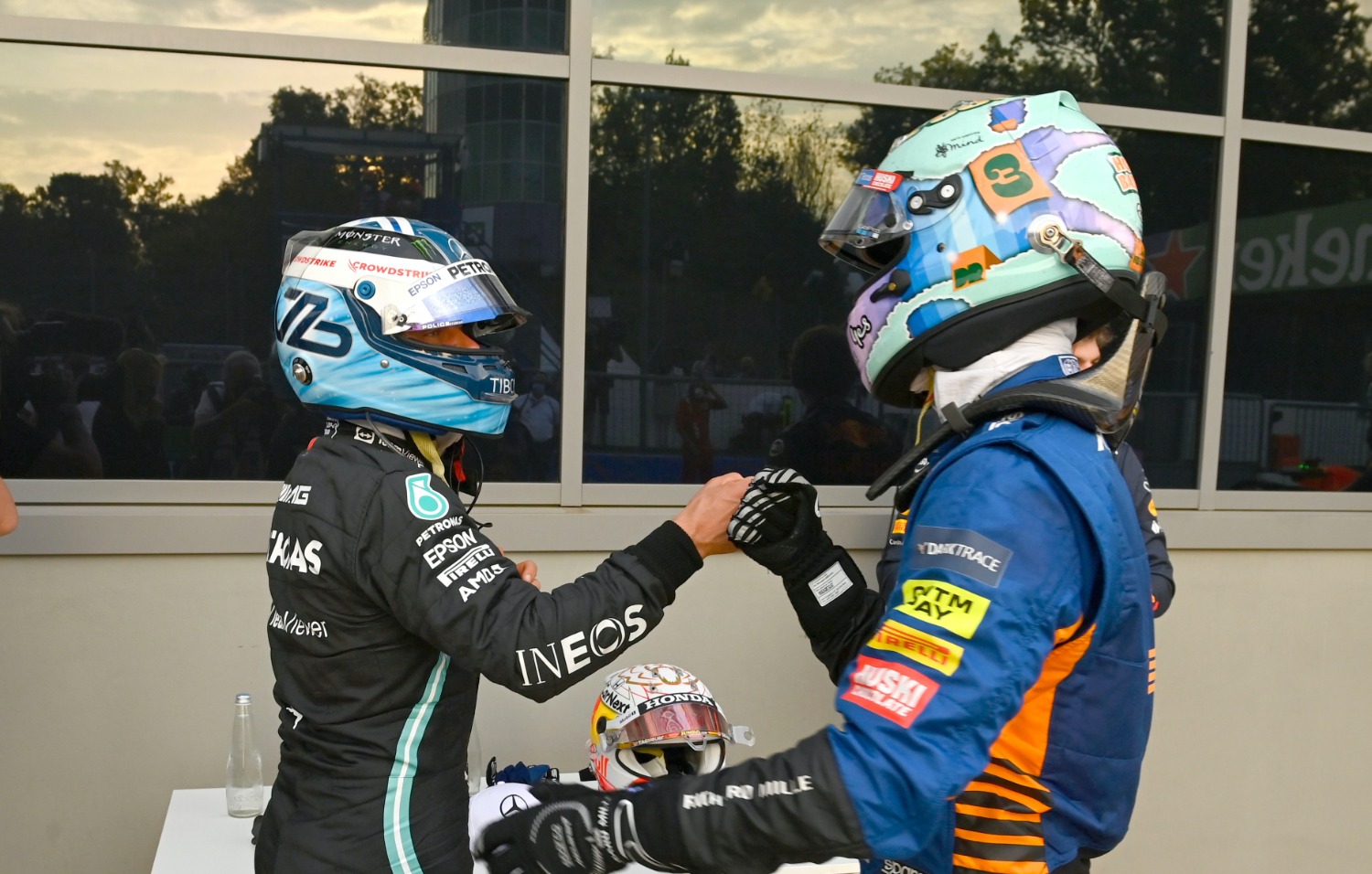